Visit the walled Kitchen Garden on one of our open days and enjoy its plentiful displays of flowers and produce. Free entry.

The walled gardens at Chiswick House are not part of the public park but they can be visited and enjoyed on our regular open days when volunteers are on hand to answer questions and talk about the garden and its development as well as volunteering opportunities.

There will be a special talk and this Kitchen Garden open day by Richard Hewlings about Lord Burlington’s black servants.

Richard is a recently retired trustee of the Chiswick House and Gardens Trust and was formerly employed by English Heritage. His research into Burlington’s black servants which is the inspiration for this talk was featured in Country Life magazine in 2004. It identified that the Burlington’s had at least three black servants whom were not believed to be slaves. There are records of  them receiving some education and being given positions of responsibility within the household including one who received a pension after Lord Burlington’s death.

The talk will go into further detail on this and is at 12:30 in the Kitchen Garden. There is limited seating available and is first come first served. 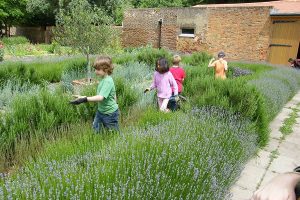