Thank you for your interest in Chiswick House and Gardens. Please find the latest stories below.
For further enquiries, please call 0203 141 3351 or email info@chgt.org.uk
Press Enquiry
View Press Pack
Feb 14 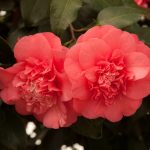 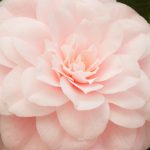 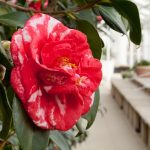 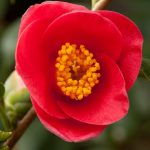 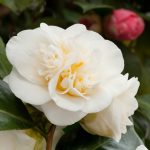 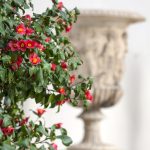 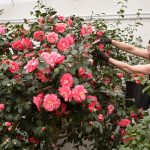 In early Spring, the show brings a burst of colour to the 65 acre park which has won a string of awards this year.

The show attracts visitors from all over the world and remains free to the public with donations welcomed.

Chiswick House and Gardens Trust Director, Clare O’Brien, says “We’ve had an amazing year winning so many awards. And we hope visitors will show their appreciation by making contributions towards the hard work our small team and brilliant band of volunteers do to retain gold standards of care. All income raised or donated to the charity is in aid of the continued preservation of the Grade I listed gardens.”

The grounds recently scooped Gold and Overall Winner of the London in Bloom “Heritage Parks & Garden Award for 2016”. They also won Gold in the Walled Garden category for the historic kitchen garden and members of the small team attained the “Horticultural Achievement Award 2016”. And at this year’s RHS spring fair their heritage Camellias featured in a display which won Gold.

Many of the Camellias have been growing for over 200 years in what is now a Grade I listed Conservatory. The collection is thought to be the oldest under glass in the Western world and includes rare and historically important examples, many believed to be descended from the original planting in 1828. There are 33 varieties housed in the 300 ft glass house, including the Middlemist’s Red, one of the rarest Camellias in the world.

The future of the heritage camellias has been secured by an on-site propagation programme run by the gardeners in the newly restored Melon House and visitors to the show have the opportunity to purchase a choice of heritage varieties from Chiswick’s original collection. The show includes special plant displays created by Roots and Shoots and the Royal Parks Apprentices. Visitors are invited to make a day of it, enjoy the whole Grade 1 listed estate, stop off for refreshments at the award winning Chiswick House Café and visit the 18th century Villa at weekends.

In February this year The Chiswick House and Gardens Trust won a coveted Gold Award at the Early Spring Royal Horticultural Society Fair in the category “Seasonal plants from the National Plant Collections” with the Plant Heritage London Group.

The stand displayed coloured stems, evergreens, and flowers and the Chiswick House Camellias added a wonderful splash of colour, displayed in water surrounded by moss to offset their pink and white petals.

The gardens went on to win the London in Bloom

The 65-acre Grade I listed Estate is maintained by a small team comprising of the Garden Estate Manager, Community Gardener, Gardener, an Assistant Gardener and Gardens Ranger who work with over 50 volunteers to garden the walled garden, formal gardens and conservation works throughout. In partnership with Head Gardener and Gavin Jones Grounds Maintenance who maintain all lawns, hedges, sports facilities and litter.

The walled garden built in 1682 is now a thriving community kitchen garden.

Pictures clockwise from top left : Close ups by John Fielding; Lucy Bell cleaning the Camellias in preparation for the Chiswick House Camellia Show opening on March 3rd by Fiona Hanson; Camellia japonica Rubra with Coade stone vase by Clive Nichols; You are welcome to use these free of charge for editorial use.

More images, including landscape format, the Conservatory’s interior and exterior, the award winning team and close ups of all the Camellias available from Lucinda.macpherson@gmail.com.

Chiswick House is one of the earliest examples of neo-Palladian design in England and the gardens are the birthplace of the English Landscape Movement. Richard Boyle, third Earl of Burlington designed and built Chiswick House from 1725-1729. The villa was inspired by the architecture and gardens of ancient Rome. The sumptuous interiors and key items of furniture were designed by William Kent and house a rich collection of Old Master Paintings. The 65 acres of Grade I listed gardens have been loved for centuries, with their combination of grand vistas, architectural delights, water features and wilderness areas.