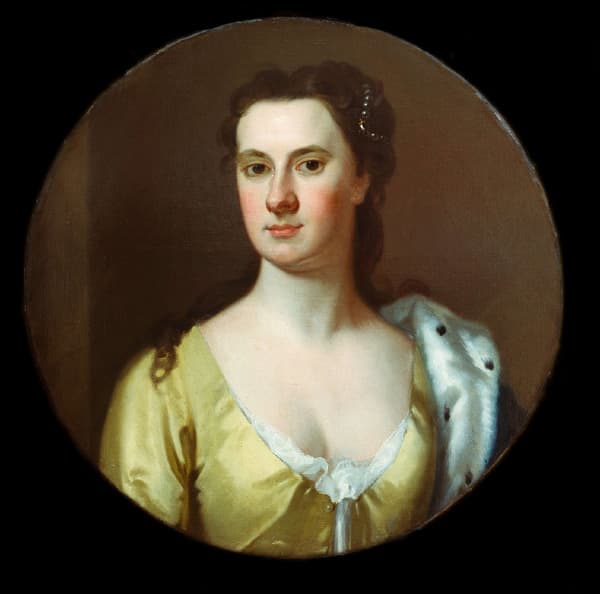 The Lady of the House – an insight into Dorothy Boyle

As soon as I began working at Chiswick House I became intrigued by Lady Burlington, whose portrait, by the Scottish artist William Aikman, is in its original position presiding over her Bedchamber. I quickly realised that history has not been particularly kind to her with the insults of her contemporaries recorded for posterity. Her own uncle described her as ‘the wickedest mischievous jade upon earth’ and Lord Hervey, with his usual sarcasm, christened her ‘Dame Palladio, insolent and bold’. At Chiswick she left a different legacy.

Both the poet Alexander Pope and the designer William Kent hoped that Lord Burlington’s marriage to Lady Dorothy Savile in 1721 would signal a new period of creativity. Upon hearing the good news, Pope wrote to Lord Burlington saying, ‘I hope she paints, I hope you build’, while Kent hoped that ‘architecture will flourish’. With the building of the new villa at Chiswick beginning five years later, this hope was fulfilled. The interlinked initials of the couple, which decorate the cornice in the Blue Velvet Room, are a fitting celebration of their marriage.

1727 was an important year for Lady Burlington. The early stages of the building works at Chiswick were underway and she was appointed as a Lady of the Bedchamber to Queen Caroline, a prestigious position at court which she would hold for ten years. The demands of this role – the time spent waiting upon and entertaining the Queen – did not prevent Lady Burlington from assisting with the decoration of the villa. She chose fabrics, embroidered bed hangings, and even, in 1735, had the Garden Room (now known as the Summer Parlour) decorated ‘at her own Expence’. The painted ceiling clearly marks the room as her space as it includes owl motifs from the Savile family crest. The owl theme would have been even more apparent in Lady Burlington’s day as the furniture included a pair of pier tables and matching mirrors decorated with carved and gilded owls.

Her ally in these endeavours was the designer William Kent who she affectionately referred to as ‘Signor’ and ‘Kentino’. Kent was responsible for designing the needlework hangings for her four-poster bed and, although the hangings no longer survive, the pen and ink design is on display in the closet next to her Bedchamber. One of the designs is inscribed ‘Kents design as executed in a Bed worked by Lady Burlington & others’. Lady Burlington’s practical knowledge of textiles comes across clearly in a letter to Lord Burlington in which she expresses her dislike of velvet for seat cushions as ‘in any velvet that is much used, there will be always the print of people’s sitting’. It was also Kent who taught her ‘the art of drawing and painting in crayons’ and she became a proficient and productive artist, specialising in portraits of her friends and family.