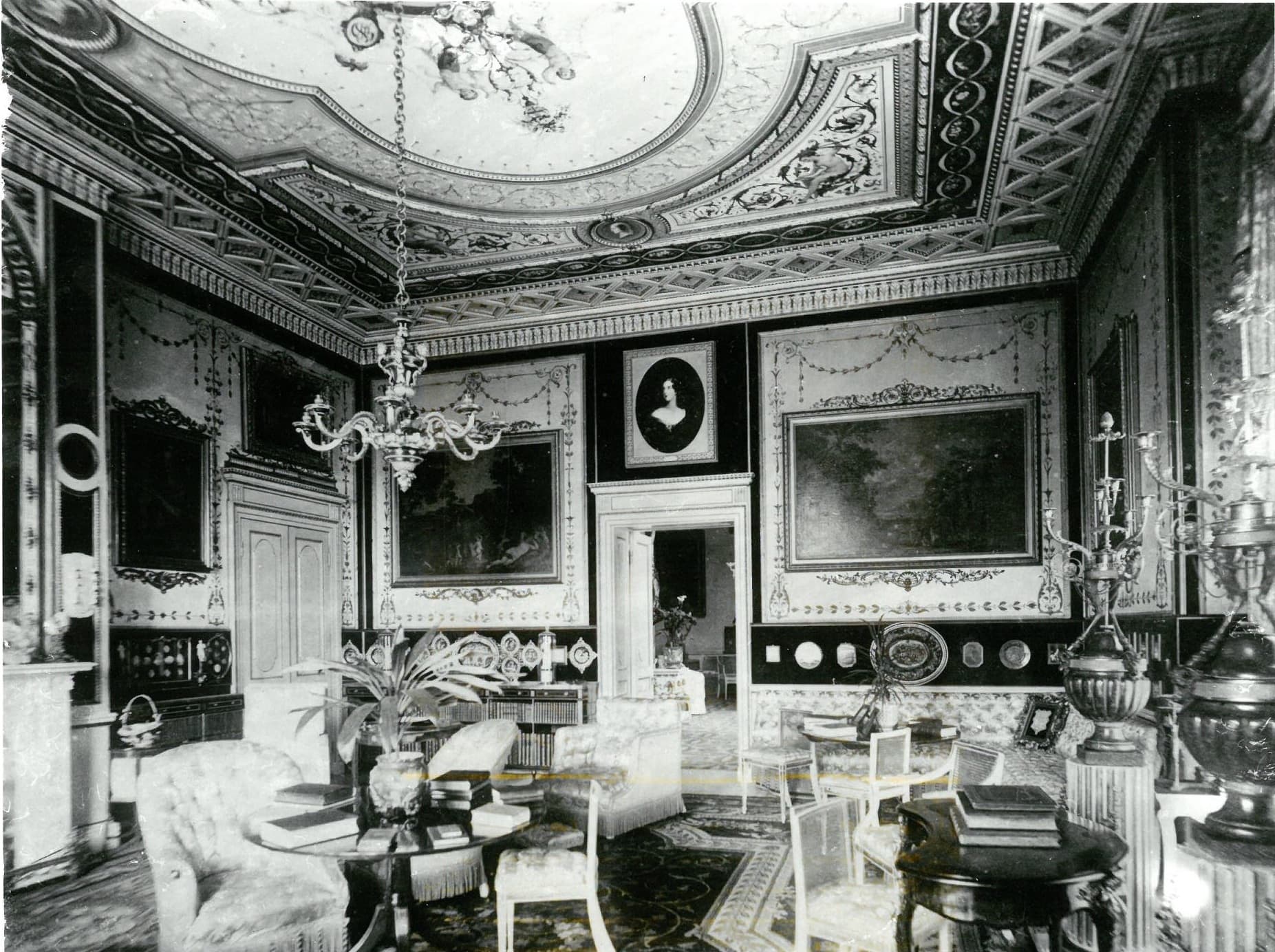 The 6th Duke of Devonshire and the decoration of Chiswick House

North East Bedroom. The 6th Duke’s decorative schemes were still visible in the early 1930s when they were shown in painted views of the Drawing Room and Duke’s Sitting Room by Joseph William Topham Vinall.

‘I cannot keep more out of Chiswick than the moth can out of the candle’, admitted the 6th Duke in June 1842. Although William Spencer Cavendish, 6th Duke of Devonshire, had inherited the house in 1811, it was in the 1840s that he began to turn his attention to re-decorating the interiors. Chiswick House had already been significantly enlarged by his parents, the 5th Duke and Duchess of Devonshire, who added flanking three-storey wings to the east and west, but now it was the 6th Duke’s turn to make his mark. He employed the influential decorating firm Crace & Son.

The Duke had met John Gregory Crace in 1838 and rapidly became one of his most important clients. In the Duke’s Handbook of Chatsworth and Hardwick, written in 1844, he declared, ‘He who has to furnish a great house is embarked in a sea of trouble, and nothing but experience can teach what ought to be done – except Mr John Crace, who, I have latterly found, can teach it still better’. At Chiswick, their most lavish scheme was in the Drawing Room which was in the (now-demolished) west wing. The walls were hung with panels of white silk, painted in oil colours, framed by borders of crimson velvet. A broad band of velvet above the dado was used to display miniatures, enamels, and ivory carvings. The ceiling, painted and richly gilt, was complemented, on the floor, by a newly developed ‘Patent Axminster’ carpet with a velvet chenille texture. The windows were hung with sumptuous blue and white Lampas silk, trimmed with velvet, and the doors with maroon Utrecht velvet curtains.

In the Duke’s Sitting Room, in the east wing, the walls had papered panels separated by strips of white silk hand painted with a delicate pink floral pattern. The ceiling was decorated with foliate scrolls and fluttering birds. A small room on the ground floor, next to the Summer Parlour, also received a new decorative treatment. The ceiling, which had a central circular skylight, was painted with a diaper pattern of lilies. The walls were decorated with hand-coloured prints, depicting saints and scenes from the gospels, in gilt frames, which formed a band around the room with painted borders above and below.

The new decorative schemes were greeted with astonishment by the 6th Duke’s guests. In August 1843 the Duke’s sister, Harriet (Countess Granville), declared, ‘Oh! Chiswick! Dearest brother, Chiswick! What shall I say? Chatsworth, be jealous’. However, by the 1940s, the painted silk wall hangings were in tatters and theceiling decoration peeling away. After much debate, the wings were demolished by the Ministry of Works in 1956–7.